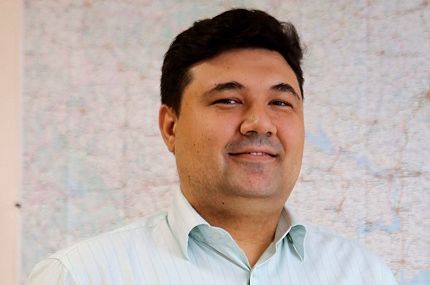 Every week LCL department manager Oleg Voskoboynikov tells about a favorite job and answers popular questions on the matter of groupage cargo.

Who can be interested in LCL deliveries and what’s the reason to deliver small consignments instead of the full container?

In the LCL deliveries everyone can be a target customer. All depends on the urgency of delivery. If it is not urgent, a client can deliver his 5-ton cargo either in the separate or in the groupage container. Obviously, there is no sense to pay more. It is easier to split up consignment on several parts. Instead of buying 1 million gloves, customer can ship 100 thousands each week or two. As a result, the client doesn’t freeze money and doesn’t need big storage areas. Free money can be used on purchasing other goods or business development. LCL deliveries are for the customers who do not want to freeze money and their cargoes are not urgent.

Alternative ways of LCL deliveries are air-delivery and rail-delivery, which has been popular since 2016. Rail-delivery transit time is shorter: about 20-25 days. It is the best option for the clients who are not ready to pay for air-transportation but can wait for several weeks. Rail-transportation can be either FCL or LCL. We can arrange delivery either via Minsk, Belarus or Warsaw, Poland. The service is regular: several times a week via Warsaw, twice a week via Minsk. After unstuffing, goods are delivered to Ukraine in the container or truck. This option is a golden mean between the air and sea deliveries. Rail-delivery is suitable for the heavy cargoes which are not very expensive but relatively urgent. For example, a generator on plant has broken or its operating time is drawing to a close. The generator weight is 1 to 3 tons. Air-transportation costs a lot, shipping cargo by sea is too long – 1,5 month. So the rail-transportation is the middle ground. Instead of 7000 dollars for air-delivery, customer will pay 1,5-2 thousands for rail-transportation. Such a middle-term cargo should be delivered by rail.

What are the trends in the development of LCL transportation in Ukraine and in the world? Their differences.

LCL service starts to be more and more regular. Only in our direction several containers are shipped weekly. Obviously, we cannot compete with the USA or Europe, as volumes are much bigger there: 10-15 groupage containers are shipped to one port from Shanghai only. It is due to the number of consumers and the popularity of LCL deliveries. Nonetheless, LCL popularity is growing fast in Ukraine: shipments are regular and there are no delays or failures. Finally, customers come to the idea that there is no sense to pay more. Especially, when the cost of FCL shipments grows and the difference in price for 20-feet container and LCL increases. GRI, which has been applied on December,15, will increase the demand for LCL deliveries.

Customer doesn’t need to freeze money and can restock every week in case his logistic manager is professional enough and able to make a proper delivery schedule. It works both in Europe and in the USA. I believe that LCL will be even more popular the future.